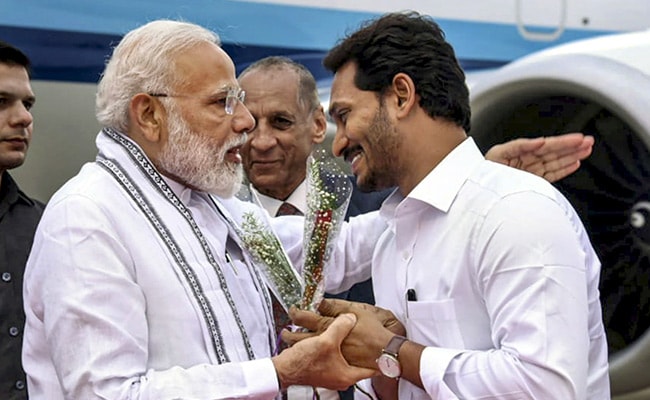 PM Modi's visit to Tirupati came as he returned from a two-day state visit to Maldives and Sri Lanka
TIRUPATI, ANDHRA PRADESH:
Prime Minister Narendra Modi promised "all cooperation from the Centre for Andhra Pradesh's development" during a visit to the temple town of Tirupati on Sunday, where he was seen to reach out to new Chief Minister Jagan Mohan Reddy.
PM Modi was received at Tirupati by Jagan Reddy, who accompanied him to the temple.
The Prime Minister, who earlier also visited the famous Guruvayur temple in Kerala, wished the state success under the leadership of Jagan Reddy, and said he planned to "increase our efforts" to prove to the people of the state that the BJP's objective was to "serve the people".
"Andhra Pradesh has infinite possibilities for growth. We will fully extend all cooperation from the Centre for the development of the state," the Prime Minister said at a public meeting organised by the BJP.
The Prime Minister's comment was linked by many to special status for Andhra, a long-standing demand that was promised by the Congress-led UPA government back in 2014, but has yet to be delivered by the current government.
Former Chief Minister N Chandrababu Naidu ended his alliance with the BJP last year over his demand for special status. Mr Naidu was defeated in the assembly and national polls held in Andhra Pradesh last month.
Jagan Reddy's YSR Congress won 151 from 175 seats, virtually decimating Mr Naidu's Telugu Desam Party. In the Lok Sabha polls, the party swept to victory in 22 of 25 parliamentary constituencies, making it the fourth-largest in parliament, behind the BJP, the Congress and the DMK.
Special status will mean a large infusion of central funds to help with the state government's plans to develop its new capital Amravati.
Soon after his outsized victory, Jagan Reddy had called on PM Modi to raise the issue of special status for Andhra as well as invite him to his swearing-in ceremony on May 30.
"Our demands for special status will always continue. I will personally take an appointment with PM Modi and meet him about this. We will continue to pursue the demands," the YSR Congress chief said ahead of the meeting.
7 COMMENTS
PM Modi tweeted a positive message after that meeting, describing it as a "fruitful interaction on several issues pertaining to Andhra Pradesh's development". He also said he had assured Mr Reddy of "all possible support from the Centre during his term".
PM Modi's BJP gained an absolute majority in the national election by winning 303 seats on its own. 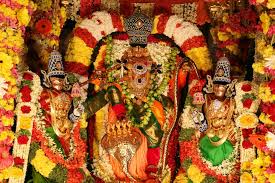